Arabic Fonts and Calligraphy dates back to the time when Quoran was written. This script has now established its presence in almost every continent in the world and is widely spoken. It adopts its resemblance with the Urdu script. Arabic Script has five writing styles and best part about this font is that it serves the purpose for all types of writing styles in Arabic Scripts. You can check the character Map of this Arabic Font to understand the designs and calligraphy in details.

If you are thinking about creating a wonderful designs in Arabic Script or may be create a impactful posters and messages, you can certainly use (A) Arslan Wessam A (A) Arslan Wessam A Arabic Font. However, We would suggest you to check out our Most Downloaded Page as well, It can broadly meet your requirement. We host cool arabic fonts. 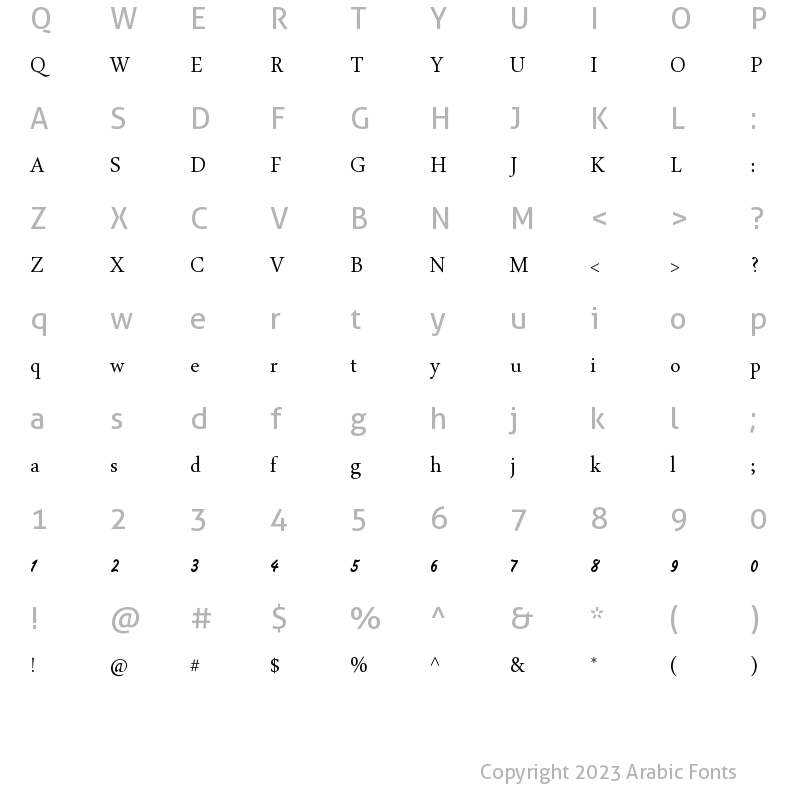