Thuluth is a script assortment of Islamic calligraphy designed by Ibn Muqlah Shirazi. The straight angular types of Kufic were supplanted in the new content with the curves.

In Thuluth, 33% of each letter slants, from which the name (signifying "a third" in Arabic) comes. This elegant font was utilized in medieval occasions on mosque enrichments.

Thuluth was utilized to compose the headings of surahs, Qur'anic sections. Most of the oldest copies of the Qur'an were written in Thuluth.

Also, the font is utilized in the Flag of Saudi Arabia where its content, Shahada al-Tawhid, is written in Thuluth.
A significant part of Thuluth content is the utilization of harakat to speak to vowel sounds and of certain other expressive imprints to decorate the content.

A Thuluth Regular is a Regular TrueType Font. It has been downloaded 6240 times. 13 users have given the font a rating of 4.69 out of 5. You can find more information about A Thuluth Regular and it's character map in the sections below. Please verify that you're a human to download the font for free. 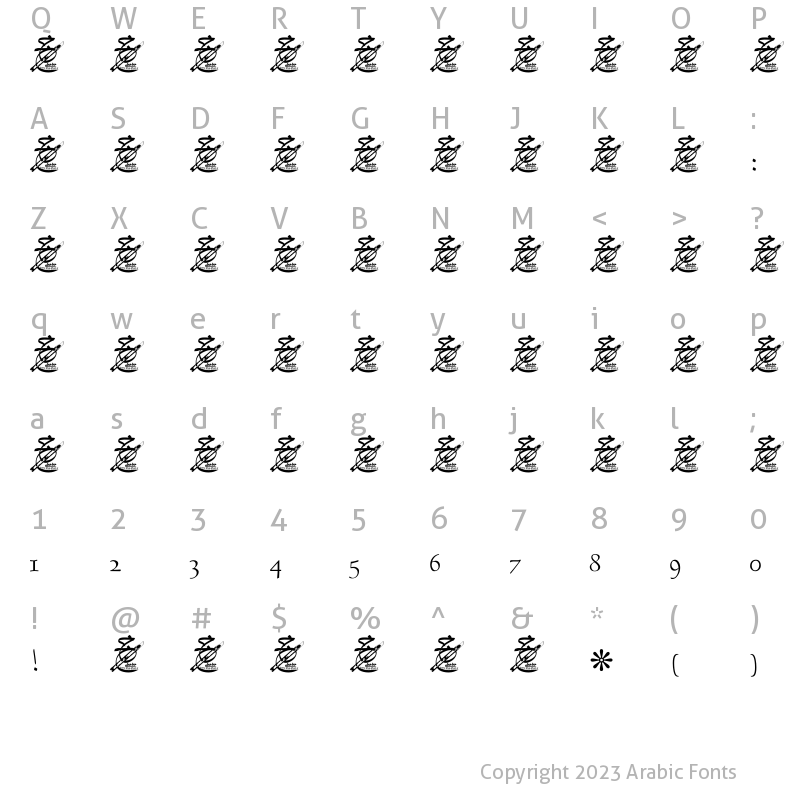